The Heavenly Rose: le livre a lire a tout prix 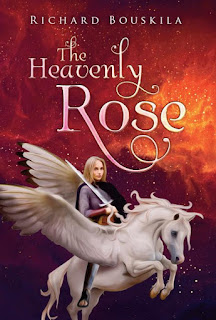 
On a winter morning, in an isolated house during a blizzard, dark forces assemble to try to locate the source of eternal life in order to annihilate the world. The Heavenly Rose, a vial that can bring eternal life - or destruction - is in demand.
Hell, the devil incarnate, wants the Rose. So does Zaxia, the daughter of Merida, and if she doesn't get it her accursed mother will die at sunset and the world will end, both destroyed by Hell. Zaxia must acquire the vial but all who tried before have failed - and died.
During her search, Zaxia meets Tyson, who offers to help her fight against Hell and his diabolical roses. Later she learns that she and Tyson are Adam and Eve incarnate.
With Malbi, Achitana and Hell pursuing her through the Forest of Eden, bent on her destruction, can Zaxia and her friends save her mother, and the world?