They collectively spend about 40,000 dollars online every second, and each are slightly more numerous. 240 million Chinese e- shoppers are boosted numbers of online business of their country in the second quarter of 2013 , with $ 71 billion spent. This is 41 % more than the same period last year , according to a recent study by iResearch recovery TechInAsia.com . This increase has mainly B2C sites , which slowly regain the upper hand in a market dominated by the C2C market websites . They generate 36 % of the expenses for the second quarter . 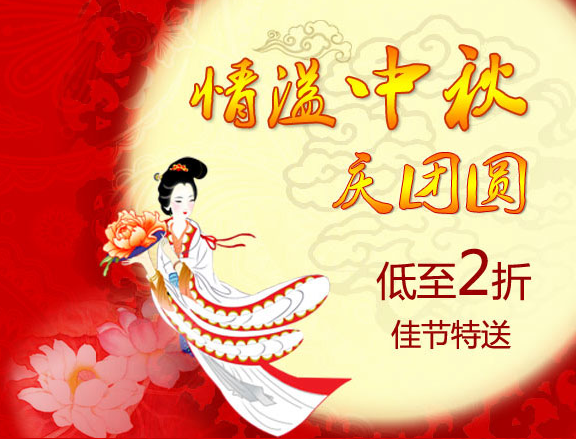 Among these sites , the ten most powerful marketplaces :

This platform for brands and retailers is now leading Chinese B2C website . Established in 2008 , it belongs to Alibaba Group , creator of e-commerce platforms. In May 2013, Tmall held 40 % market share today , it has 50.6%

Almost 10 years after its inception, the site that sells appliances and electronics now holds 17 , 1% market share . A sales increase compared to May ( 14.7%).

Its launch in the B2C e-commerce has little more than a year (May 2012) , yet it holds 5.6% market share . In fact, a little more, since Tencent also owns the C2C website paipai .

4 - Double Suning its shares since May

Fourth in the standings, Suning recently claimed on the website ChinaDaily.com on its e -commerce business increased 101% . This corresponds to the second quarter of 2013 to about 5% market share . Twice in May 2013.

Victim of an attack this week, the Chinese Amazon ( true ) holds the fifth position in the Chinese e -commerce market. Established in 1998 under the name Joyo.com , it was acquired by Amazon in 2004.

Chinese specialty retailer of luxury goods at a " discount ." On his website he states that he forged partnerships around 5800 since its inception in August 2008. Five years later , Vipshop holds 2% market share .

After suffering significant financial losses at the beginning of the year and announced the closure of a hundred of its stores , Gome relies on its e -commerce business to recover. If the company owns nearly 2% market share , it announced expect much of 2014.

Created by Yu Gang , the site sells more than 180,000 food products throughout the country. Its rapid growth since its inception in 2008, is one of the future prospects of the Chinese e- comerce . He now holds 1.4% market share .

This website selling clothes online , established in 2007 , is the only one to know the top 10 figures worse this quarter. It had 1.5% market share in May against 0.7 today.